Peter S. Merfeld, P.E., M.ASCE is a member of the Maine Section. He has exhibited leadership experience as section president, Maine Report Card chair, and through work on the national Report Card for America’s Infrastructure. He is also a Board member of IBTTA (International Bridge, Tunnel and Turnpike Association). These roles led him to become an advocate for infrastructure investment on the state and federal levels, an issue that is particularly important currently as the federal Highway Trust Fund heads toward insolvency.

As the chief operations officer at the Maine Turnpike Authority, Peter offers day-to-day operational guidance to the Highway & Equipment Maintenance, Engineering & Building Maintenance, and Public Safety departments. He also prepares, plans and oversees the annual Maintenance and Capital Program budget. His role requires him to work closely with the Maine DOT to ensure inter-agency communication and coordination, and review Turnpike policy needs and changes.

If you are interested in becoming involved in ASCE’s Key Contact program and promoting the profession through advocacy, you can learn more information and sign up at asce.org.

How did you become interested in and get involved in advocacy for your profession?

In 2006 as President of the Maine Section, fellow ASCE member and Past-President Phil Dunn gave a report that Michael Michaud, Maine Congressman from the 2nd district had asked Phil “Where is the Maine Report Card?” while he was attending the Fly-In.

The Report Card on America’s Infrastructure was seen as a credible tool in providing policy makers with facts about the status of our roads, bridges, and other important infrastructure. After talking with others in Maine section ASCE leadership, it was agreed that having a Maine Report Card could be a great tool for Maine civil engineers to engage our policy makers in a conversation about infrastructure funding. An area that we, as a Section, had not done a great job up to that point. The local Report Card though would be a major undertaking. Due to overwhelming support from the section, I made the easy decision that once I completed my tour as Past-President, in fall 2007 I would take on the role of chair of the committee that would develop and create a Report Card for Maine’s Infrastructure. 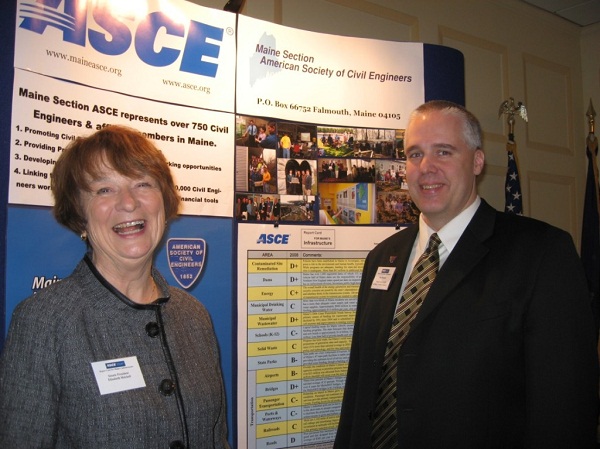 In December 2008 we held a well-attended media event to introduce the Report Card and the reaction was very positive and supportive. Many legislators took an interest and began to use the Report Card to support their positions.  I was happy in March 2009 to bring that Report Card to Washington, DC and represent my profession with facts and appropriate policy recommendations to assure safe and reliable infrastructure. In 2012 we were able to update the Report Card for Maine and continue to provide credible evidence as to the condition of our infrastructure. I joined the Committee for America’s Infrastructure in 2009 and have enjoyed sharing Report Card updates and other major policy initiatives as part of the Fly-Ins over the past several years.

What issues have you highlighted/focused on when communicating with your legislators?

Utilizing the Report Card for America’s Infrastructure on the national level and the Maine Report Card as a tool for the state level, ASCE has been instrumental in bringing civil engineers to the forefront as experts in defining the problem with infrastructure, especially transportation. As a Board member for the International Bridge, Tunnel and Turnpike Association (IBTTA), I also represent the tolling industry, which advocates for sustainable transportation funding, especially for highways and bridges. As such, the top priority has been sustainable transportation funding. 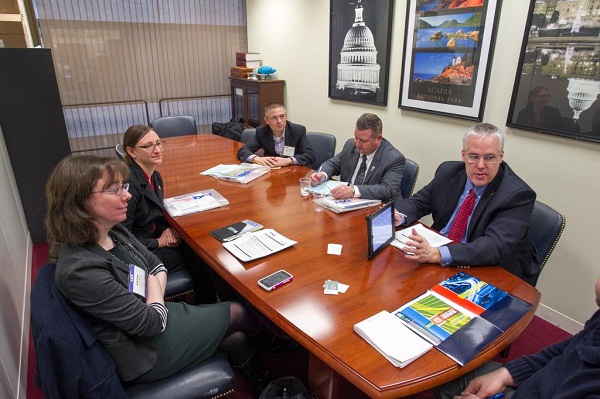 What levels of government have you focused your efforts on?  Is there something that prompted you to focus your efforts there?

I have advocated on both the state and federal levels, because of the information from the Report Cards, and the committees which I serve on representing those jurisdictions.

How do you gather information and prepare to do your advocacy work?

ASCE Fly-Ins offer a great deal of training and support for any advocacy in Washington, DC. Locally, the ASCE Section Board as well as assistance from local experts and transportation advocates provide input and direction. During the Legislative session, I monitor legislative documents and potential legislation for possible areas of concern and highlight to the section board for review.  As a former Board Director for AGCMaine, and a member of the Maine Better Transportation Association I am included in their distribution lists for legislative outreach or major policy initiatives that may interest other civil engineers.

In addition, my current boss, Peter Mills, was a state senator for over 20 years and is well versed in the activities of State Legislature. I use him as a sounding board when ever I can. Typically I would participate in discussion about issues where the ASCE Maine Section Board should take a position and if requested I assist in writing the testimony for the public hearing. In February 2014, for example, I became aware of a public information meeting by the MaineDOT and U.S. Army Corps of Engineers for dredging in Searsport harbor. Due to the importance of this harbor as part of Maine’s 3 port strategy, I wrote a letter in support of the project and engaged the Maine Section.

What have you learned through your activities as an ASCE advocate and citizen lobbyist?

Most of all, that infrastructure is taken for granted. The general public trusts that professional civil engineers know what needs to be done and will do it. The issue usually revolves around policy and funding. Unless more people who use and support safe, reliable, sustainable infrastructure get involved, get educated on the issues and are vocal, policy makers will not act with expediency to solve the long-term crisis. 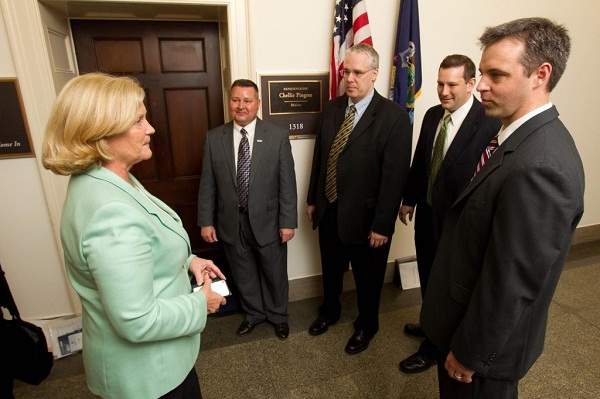 Has the experience helped you improve skills you utilize personally or professionally?

Absolutely. As an engineer I enjoy a challenge and trying to fix a problem. Once the problem is identified, in order to get funding and support, a convincing argument must be made for why the problem needs to be fixed and how it will get fixed. Researching your audience, making credible and concise arguments, and ultimately making a convincing case within a limited timeframe are important tools for all future leaders, regardless of the topic.

The challenge is finding an audience willing to listen. On occasion there seems to be disinterest as our issues seem small in comparison to other issues facing policy makers at the moment. Again, there is a great deal of complacency regarding infrastructure and short-term maintenance always seems to be the answer given. Putting the issues into terms that your audience can understand and utilize is critical. This ensures they can, in turn, convince someone else it is important. Whether it be jobs for constituents, saving lives or long-term reduction in consumption of fossil fuels, the terms used need to resonate.

Have you felt that your efforts have made a difference?  How?

I know the Report Cards are making a difference. The media attention alone has helped push the issue and will over time increase involvement of the general public. Policy makers can see an increase in grades or decrease and can judge if their actions are working in short-term or if more work needs to be done.

What advice would you give to someone interested in getting involved in advocacy?

Talk to members of the leadership team in your section. Talk to the people at your organization who are involved in advocacy to get insight. Start small with issues you are passionate about, involve other people and most important get to know your legislators. They would love to hear from an EXPERT!