Arizona has been growing, and it’s going to keep growing. Today the state has about 6.6 million people, but Arizona’s population by 2035 could be as high as 10.5 million people which is a lot more people who will be using the water infrastructure and traveling on the same roads. With such explosive growth, comes opportunities and challenges to keep up. The opportunities – new businesses arriving, increased productivity, and new jobs for workers – are there, but so are the challenges – congestion, having to expand existing infrastructure, and keeping up with maintenance for new and old assets. Arizona’s benefited from keeping ahead of it’s growth challenges in the past by adding new aviation facilities, growing the interstate network, and adding transit options that have outperformed their ridership estimates. Look at what has happened in just Maricopa county as the greater Phoenix area has grown: 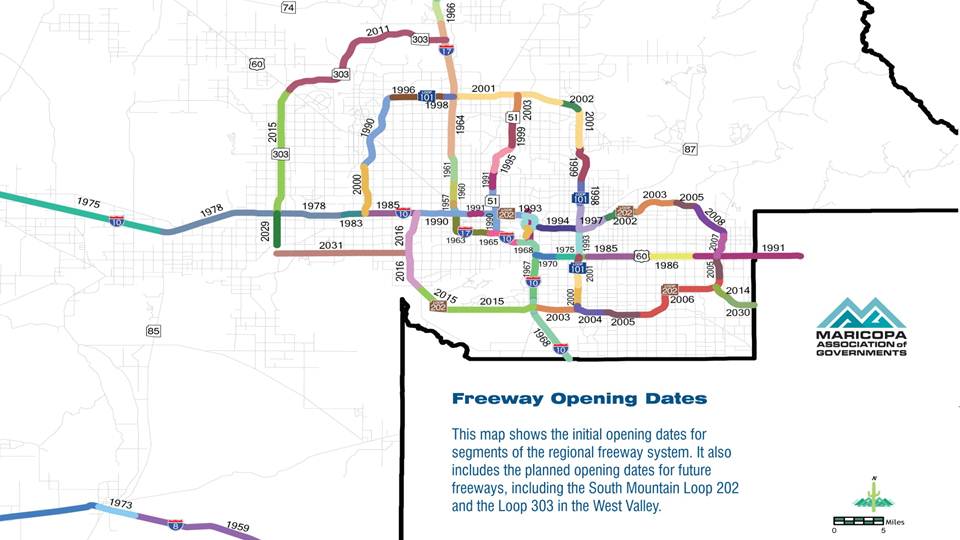 The state anticipates a significant population increase in the coming decades, so maintaining and modernizing infrastructure will be crucial to meet the needs of Arizona’s communities in the future. The Report Card offers five key solutions to raise the grades and prepare Arizona for the future:


Arizona has seen exciting new infrastructure projects over the last decade become selling points for the state and bring in new residents and businesses. New investments in critical corridors and freight connections can lead to new opportunities. Let’s keep this going!


Just like your body, infrastructure is a system. The water pipes and roads and railways are the arteries that keep the state moving so it’s worth asking – how is your area’s infrastructure doing? Just like a physical, infrastructure needs regular evaluations.


Arizona’s leaders have to make tough budget choices, but not using infrastructure dollars for needed projects today will lead to more expensive project costs down the road and infrastructure that hinders growth rather than supports it.


Arizona’s projected growth is both an opportunity and a challenge. It will require continued focus by the state’s leaders to adopt sustainable practices and innovate to be competitive.