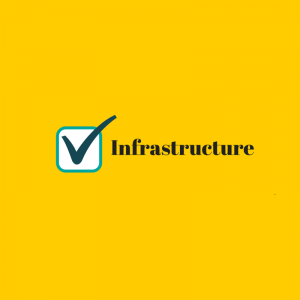 Leading up to yesterday’s election ASCE brought you information on many statewide ballot measures. ASCE staff worked with our dedicated members on the ground in California, Hawaii, Louisiana, Maryland, Massachusetts, Rhode Island, Texas, and Wisconsin.  The issues being put to the test ranged from roads to water and addressed improvements to aging structures, compliance with safety ordinances, or preventing the diversion of dedicated revenue.

Now that ballots have been counted, infrastructure has emerged victorious in six of eight states. California, Hawaii, Maryland, Rhode Island, Texas, and Wisconsin, all overwhelmingly voted to take steps forward in addressing their state’s needs.

A win for infrastructure is a win for the residents and businesses in the state. Whether it’s improvements to the water system, mass transit investment or designating dedicated road funding, everyone benefits from well-maintained infrastructure.

Maryland and Wisconsin voters have successfully prevented their Trust Funds from being raided for general use while Texas established an infrastructure funding that will draw from oil and gas taxes as well as borrow from “rainy day” coffers. Commuting should soon be a bit easier in Rhode Island as a significant investment in mass transit will now be made with the hopes of alleviating congestion and improving accessibility. Investing in improvements to transportation and transit infrastructure benefits both individuals and businesses as it makes travelling safer, moving goods easier, and extends the utility of existing infrastructure.

Hawaii Dam and Reservoir owners will benefit from the ability to request financial assistance as they maintain and repair structures to ensure compliance with Hawaii’s safety standards.  Californians can now be better prepared for the extreme drought conditions they’re currently experiencing by investing in projects that will improve water storage and reclamation, and also improve quality and access to clean water in certain parts of the state.

In other states, increasing the investment in infrastructure was unsuccessful. Voters in Louisiana and Massachusetts chose to continue with the status quo; the lack of serious investment in aging infrastructure could end up costing the state and its residents more in the long run.   Poor road conditions, like those that exist in Louisiana, are not only costly to repair but, are also burdensome to commuters as it wears on their car.  A little bit of investment now could mean a significant amount of savings in the long run.  Massachusetts voters opted not to ensure a steady revenue stream for the maintenance of and improvement to state bridges and roads by repealing their gas tax’s link to the consumer price index.

Pass or fail, we hope that Tuesday’s results will bring renewed interest during the 2015 state legislative session in building and maintaining infrastructure systems that reflect the growing needs of residents and its economy.  Ideally this momentum will also carry through to our nation’s capital and lead Congress to #FixtheTrustFund and address other sectors of our infrastructure in critical need of attention.  Join us on Thursday, November 13, 2014 for a free eLearning Webinar What Civil Engineers Need to Know About 2014 Elections, which will further dive into this topic.