March 19, 2015 By: America's Infrastructure Report Card
Back to News 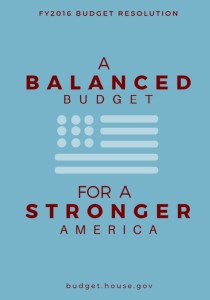 This week the U.S. House of Representatives and the U.S. Senate majorities unveiled their fiscal year 2016 (FY16) budgets. Traditionally, passing a budget in Congress is a particularly partisan endeavor with most all members in the majority voting in favor of their budget, and all the minority members voting against it. Should this Congress pass a budget in the coming weeks, it will not have to go to President Obama for his signature as budgets are self-imposed restrictions on Congressional spending. However, occasionally Congress has increased funding levels for certain programs despite the budget instructing them not to do so.

These proposals offer some insight into what transportation funding levels might look like in the coming year. Disappointing for transportation was that both the House and Senate budgets assumed that road, bridge and transit spending would be limited to incoming revenues to the federal Highway Trust Fund (HTF). This is a problem as the HTF has been facing fiscal pressure over the years and is forecast to require $13 billion in additional revenues in FY16 just to maintain current spending levels. Which is why ASCE supported a House Budget Committee amendment by Congresswoman Kathy Castor (D-FL) that would have maintained current spending levels for surface transportation. Unfortunately, the amendment failed in committee by a vote of 14-22.

Better for transportation in the House and Senate budgets is the creation of what is known as a “reserve fund” for the HTF, which would allow the tax committees to determine how best to fill the trust fund hole in a way that is deficit-neutral. These ways could include raising taxes (including the federal gasoline tax), cutting spending, or transferring other government funds to transportation. ASCE called for and supported the creation of this HTF reserve fund, however in order to increase spending for other infrastructure sectors, like water, dams and levees, a broader Infrastructure Reserve Fund is also needed. Senate Budget Committee Ranking Member Bernie Sanders (I-VT) introduced such an amendment in committee, which ASCE supported, but unfortunately that too was defeated on a party-line vote. Earlier this year, ASCE endorsed legislation introduced by Senator Sanders that would increase funding for our nation’s transportation, water and other infrastructure sectors. The Senator is expected to offer other infrastructure-related amendments on the Senate floor when the budget is up for a vote there next week.

The debate over the last few days on the budget has crystallized one key fact on transportation spending: the vast majority in Congress believe that we should be investing more in transportation but there is not yet widespread bipartisan consensus on exactly how to pay for it. ASCE needs your help to tell Congress to work quickly to identify a long-term, sustainable funding solution that would #FixTheTrustFund before the legislative deadline of May 31, 2015.