The Institute on Taxation and Economic Policy (ITEP) released a new chart this week clearly showing how long it’s been since many states have changed their gas tax policy. In about half the states, it has been a decade or more since they’ve changed their gas tax policy in spite of the changing costs for materials, machines, or projects overall. While a minor policy like indexing or switching to a “variable-rate” tax may seem small, consider what we all learned from the hit movie Office Space – even a fraction of a penny can add up to a lot over time.  If we’re going to keep up with America’s growth, we need to start counting our pennies a bit differently. 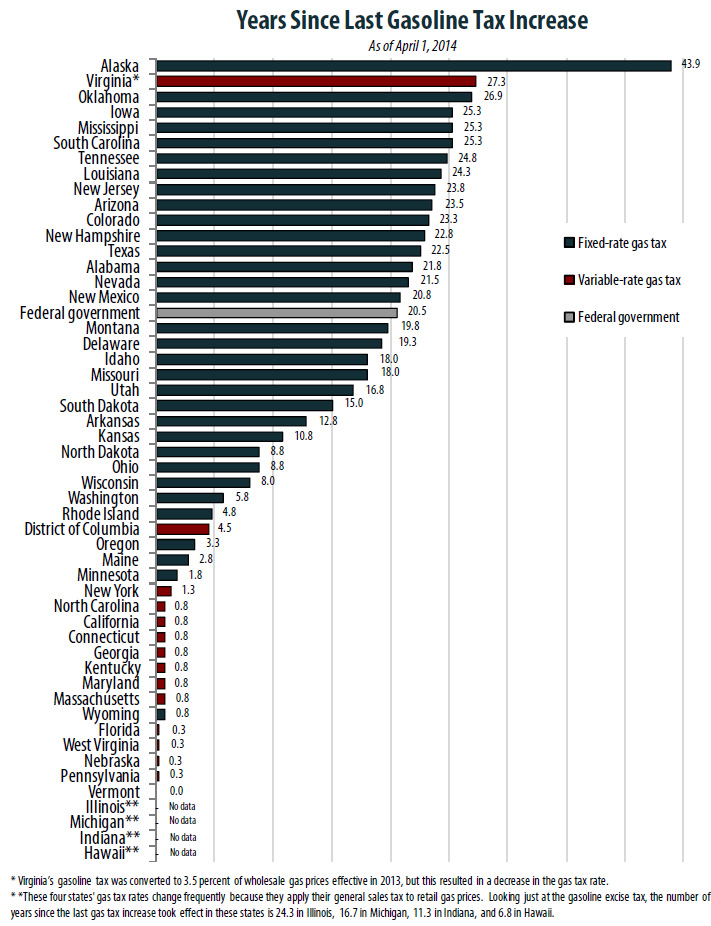 Here’s a few of the other key findings from this chart:

• Twenty-four states have gone a decade or more without an increase in their gas tax rate.

• Sixteen states have gone two decades or more without a gas tax increase.

• Seven states have not seen an increase in their gas tax rate since the 1980’s or earlier: Alaska, Virginia, Oklahoma, Iowa, Mississippi, South Carolina, and Tennessee.

• Among the thirty-two states levying a “fixed-rate” gas tax, the average length of time since the last gas tax increase is 17.2 years.

• Most states levying a more sustainable “variable-rate” gas tax, by contrast, have seen their gas tax rate rise some time in the last twelve months

Prev Story: New Report Card for Illinois' Infrastructure Shows Progress Next Story: This Week in Infrastructure: Continued Cause to Fix the Trust Fund