September 23, 2015 By: America's Infrastructure Report Card
Back to News 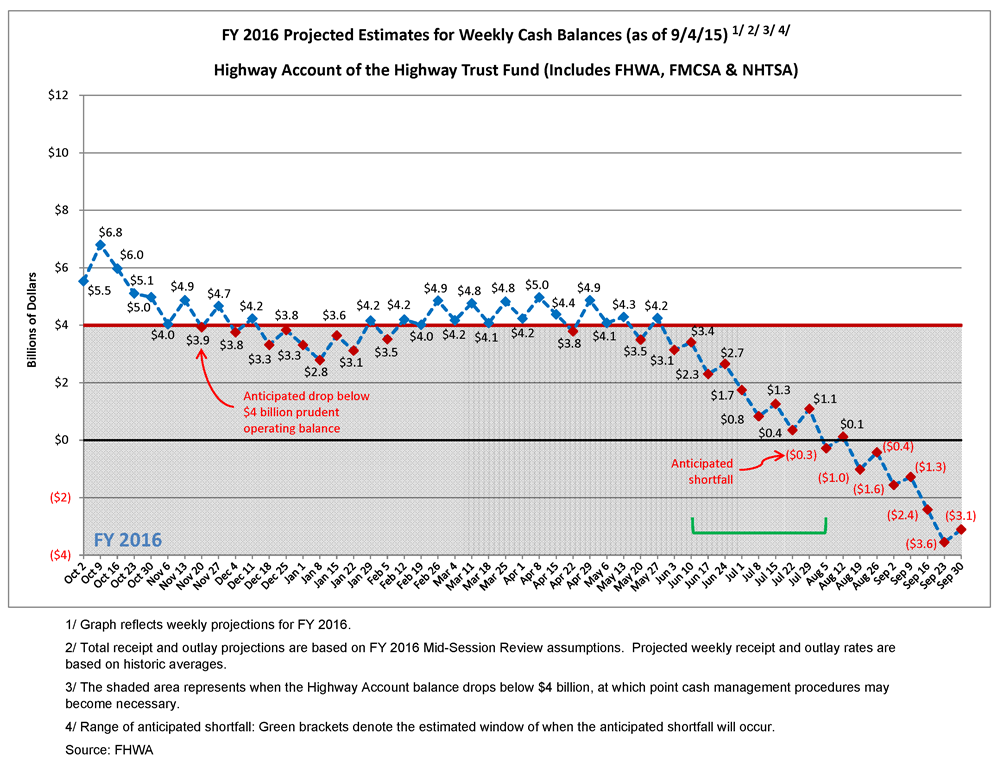 The U.S. Department of Transportation (USDOT) recently announced that the Highway Account of the federal Highway Trust Fund (HTF) will become insolvent by November 20, 2015 if Congress fails to provide additional revenue.  The HTF also has a Transit Account that will become insolvent by May 27, 2016.  USDOT deems the Highway Account to be insolvent when it dips below the preferred minimum $4 billion threshold, after which USDOT will begin to implement emergency cash management procedures that will slow and reduce expense reimbursements to states.

This means that Congress is facing two looming deadlines when it comes to the need to pass a multi-year surface transportation authorization bill with additional funding:

In order to avert this crisis, ASCE and its members have been actively engaged in putting pressure on the U.S. House of Representatives to pass a long-term transportation bill.  Republican and Democratic House Transportation & Infrastructure Committee leaders are still working on agreeing to the contents of the bill before it is introduced.  In July, the U.S. Senate passed a bill that provides six years of policy reforms and three years of funding to states and localities in order to improve the nation’s roads, bridges and transit systems.  Please help put pressure on the House to move quickly by reminding your members of Congress of the importance of this issue.