August 01, 2013 By: America's Infrastructure Report Card
Back to News

After starting to write a spending bill for the Environmental Protection Agency for fiscal year 2014 this week, the House Appropriations Committee decided to delay final action on the controversial bill for more than a month.

Committee members voted on several amendments this week and then recessed until September.  “With the number of amendments pending, there’s no way we can finish this week,” said Chairman Harold Rogers (R-KY).  Congress is scheduled to go on recess Friday until after Labor Day.

The committee did act on one amendment supported by ASCE.  The amendment by Rep. Debbie Wasserman Schultz (D-FL) would have restored funding cuts to the Clean Water Act and Safe Drinking Water Act State Revolving Loan Fund (SRF) programs. 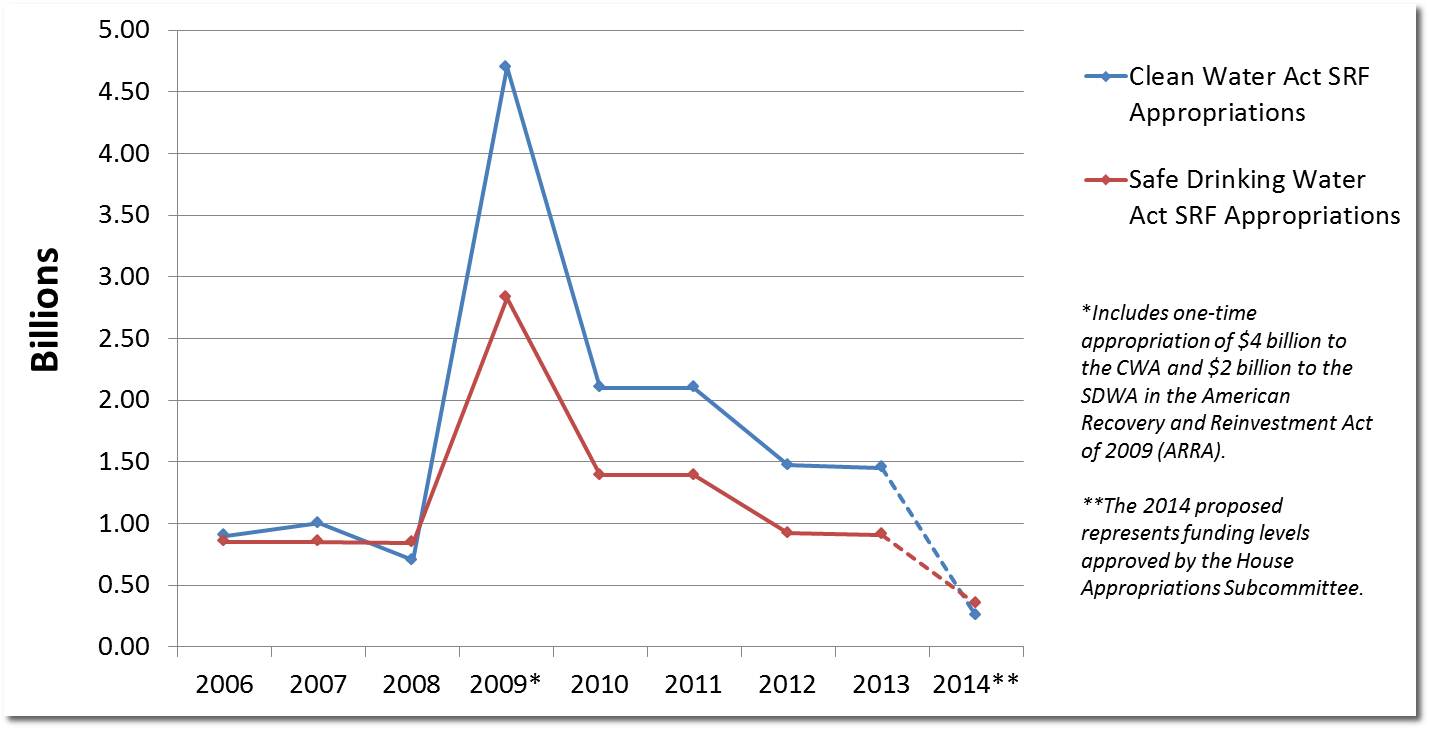 The draft bill would reduce federal spending on wastewater treatment by 82 percent; the cuts to drinking-water infrastructure totaled 61 percent.

Wasserman Schultz said her proposal would prevent cities and counties from suffering from inadequate finances for badly needed upgrades to their wastewater and drinking-water infrastructure.  “It is simply unconscionable to leave local communities high and dry,” she said.

Rep. Mike Simpson (R-ID) urged the committee to defeat the Wasserman Schultz amendment.  “The unmet need is about $700 billion,” he said, adding that it would take 300 years at present spending levels to rebuild all of America’s aging wastewater and drinking-water facilities.

“We’ve got to find a different way to fund it,” Simpson added.  “This [amendment] doesn’t address this problem.”

Before the committee met, ASCE raised the alarm over the massive funding cuts in the bill that would virtually eliminate federal aid to wastewater and drinking-water treatment facilities nationally.

The Society recommended that the Committee reject outright the proposed appropriations bill for the Interior Department, EPA, and related agencies.

The 2013 ASCE Report Card for America’s Infrastructure, gave America’s wastewater and drinking-water systems a grade of D based on long-ignored investment needs in basic infrastructure.

The Report Card followed on a 2011 analysis commissioned by ASCE of the economic consequences of failing to invest in wastewater and drinking-water infrastructure.

The report, Failure to Act: The Economic Impact of Current Investment Trends in Water and Waste Treatment Infrastructure,  concluded that the nation risks the loss of $416 billion in gross domestic product (GDP) by 2020 at current investment rates.  American households face $59 billion in increased costs and U.S. businesses will see their costs increase by $147 billion by 2020.  This could lead to the loss of 700,000 jobs, according to the ASCE analysis.

Meanwhile, the United States will need to invest $384 billion to improve the nation’s drinking-water infrastructure by 2030, according to EPA’s 2011 Drinking Water Infrastructure Needs Survey and Assessment that was released earlier this year, http://water.epa.gov/grants_funding/dwsrf/upload/epa816r13006.pdf.

Given the enormity of the problem, the committee’s proposed reductions in America’s wastewater and drinking-water infrastructure run the risk of endangering the nation’s economic strength and the health of its citizens.

Prev Story: I-35 W: Six Years After the Bridge Fell Next Story: Shuster and Gibbs Announce Plans for House to Consider WRRDA