Michigan Back to Square One to Fix Roads 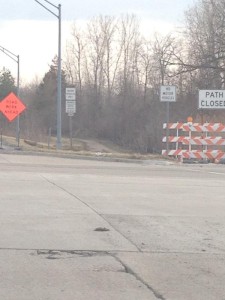 On May 5 voters from Detroit to Marquette resoundingly opposed the idea of a change to the state constitution invest in better and safer roads.  In an 80% to 20% vote Michiganders opted to consider “Plan B” rather than enact a slight increase in sales and fuel taxes that would have raised $1.3 billion for road maintenance and improvements.

Ensuring adequate investment in Michigan’s roads has been a long time goal for Gov. Rick Snyder. He had this to offer after yesterday’s poll results came in:

“It’s essential that making Michigan’s infrastructure safer remains a top priority. While voters didn’t support this particular proposal, we know they want action taken to maintain and improve our roads and bridges. We appreciate that this bipartisan plan was supported by so many groups – business leaders and unions, public safety officials and local governments, teachers, and the list goes on. I plan to work with my partners in the Legislature on a solution that gives Michigan residents the safe roads they need and deserve and bolsters our growing economy.”

No matter what path is used to move Michigan forward, the sentiment from voters and policymakers alike is that something must be done to improve roads.  There is general consensus that the state must act now.  In this vein the Governor and legislators have begun to get to work on a viable alternative to Proposition 1. There are currently 10 plans in varying stages of development that could help Michigan meet it transportation infrastructure needs.  Options range from vehicle-miles traveled to toll roads to a gas tax increase that would focus exclusively on fuel (rather than packaged together with other tax code changes as appeared on Tuesday’s ballot).

While defeat is never an easy pill to swallow, the time is now to regroup and continue to urge action.  ASCE’s Michigan Section along with a number of municipal, agriculture and business groups came together to advance the idea of road funding and will extend their campaign until a solution is achieved. Carey Suhan, PE, President of the Michigan Section of the American Society of Civil Engineers also offered these thoughts on the rejected ballot measure:

“Michigan’s roads and bridges are among the worst in the nation because of underinvestment for the past five decades. As civil engineers, we witness the challenges of trying to run a 21st century transportation network using an outdated funding source. Unfortunately, Michigan voters chose to continue this trend in underinvestment, meaning our state will continue to have poor road conditions. It is now up to our elected leaders to offer another solution to improve Michigan’s roads, bridges and public transit.”

The current condition of Michigan’s roads and bridges was recently assessed by TRIP, a private nonprofit organization that researches, evaluates and distributes economic and technical data on surface transportation issue, found that Michigan’s underinvestment in recent years has resulted in further deterioration of its roads – there’s been a 23% increase in the percentage of major roads in poor condition.  What’s scarier is this number is projected to increase to 53% by 2025 if the state and localities cannot keep up with regular maintenance and improvements.

If Michiganders want smoother and safer roads in the years to come, adequate revenue must be collected and allocated to maintain and improve the state’s transportation infrastructure now.  With many other states taking action recently, Michigan will only fall further behind if lawmakers do not implement another plan quickly, Investing in better roads mean safer daily commutes and a brighter future for the state’s economy.