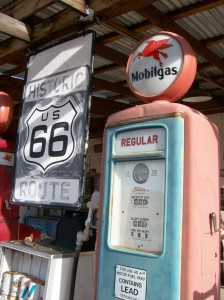 It’s a new year, and with a new Congress in session, there is hope that a federal funding solution for infrastructure can soon be reached. Congress has given us reasons to be optimistic, with more bipartisan support for infrastructure funding buzzing at the federal level.

Upon reflecting on the past year’s infrastructure challenges, ranging from water main failures to increased highway congestion and a renewed focus on bridge disrepair, many lawmakers from both political parties are pressing for funding solutions which no longer rule out a possible gas tax increase.

Senate Republican Environment and Public Works Chairman James Inhofe indicated more open mindedness toward raising the federal gas tax to solve our transportation infrastructure deficit. Inhofe said that “everything is on the table,” and that his top priority is passing a long-term transportation bill. Senator John Thune (R-S.D.) also agreed that Republicans should leave the door open for a gas tax increase, but defended it as a “user fee,” which ensures each driver pays his or her fair share.

In addition to discussing a gas tax increase, legislators are carefully considering other options to fund infrastructure. Senator Bernie Sanders (I-Vt.) plans to introduce a bill in the new session of Congress to “authorize $1 trillion in spending over several years to rebuild the nation’s roads and bridges and invest in other infrastructure modernization projects.” Speaker of the House John Boehner noted that figuring out how to fund the highway bill is an important priority for this year.

State governments are also starting the new year with plans to fund infrastructure. Virginia, Pennsylvania and North Carolina have all recently increased their state gas taxes to help fund state transportation projects. In Minnesota, Sen. Amy Klobuchar plans to work across party lines to help pass a long-term transportation bill that will fund projects in her state.

While state-level funding efforts are worthwhile, in order to meet the necessary infrastructure investment needs, we need a long-term, sustainable federal funding solution. Hopefully Congress can compromise on a funding solution before the Highway Trust Fund goes insolvent again in May.