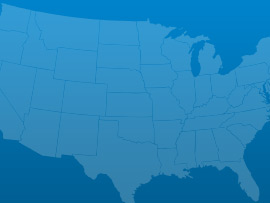 While infrastructure issues have remained at the forefront of 2016 state legislative debates, the activity seen during this session is much less impressive than the 2015 legislative season. However, in addition to tackling the question of infrastructure, some states have lumped in professional practice issues like “qualifications based selection” (QBS) as they contemplate their budgets and efficiencies.

Despite the fact that the increases in investment have come more slowly this session, ASCE and its members stepped forward on a number of bills to ensure the Society’s position was heard and bills were advanced, and halted, as needed.  Here is just a taste of the activity we’ve been following from coast to coast:

While some state legislatures will be bringing their sessions to a close in the upcoming weeks others are just now approaching a mid-point in their calendar year.  ASCE will continue to keep a close eye on the states as they head into summer recesses and interim work periods. In addition to the bills still on the table for Alabama, Connecticut, and Missouri, we are hopeful we will see additional activity from states like Minnesota and South Carolina, that have discussed transportation funding proposals for the last couple session but, have not yet taken action.