The Atlantic: Summit on Infrastructure + Transportation

The panel, “Infrastructure in Critical Condition,” was a conversation with Kristina Swallow, PE, President of the American Society of Civil Engineers and James Dalton, Director of Civil Works with the U.S. Army Corps of Engineers and was moderated by Steve Clemons, The Atlantic’s Washington Editor at Large. Both panelists highlighted that America’s infrastructure is not meeting our current needs and civil engineers must work to protect the public’s health, safety, and welfare through infrastructure improvements. Throughout the 20-minute panel, they discussed two key themes: building for the future and modifying what they currently have. The need for increased investment was a recurring message, as Dalton pointed out that we will not be able to solely innovate our way out of these challenges. 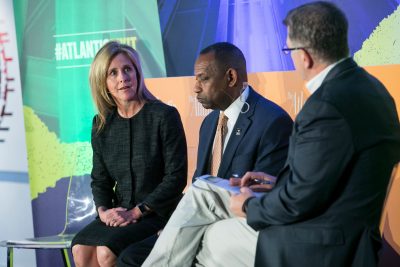 Building For The Future 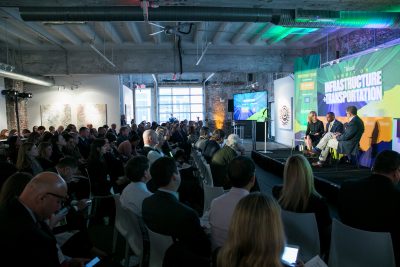 Modifying What We Have

“Breaking Through: A Transformation in Seattle,” also discussed infrastructure innovation in Seattle and featured ASCE board member, Roger Millar Jr., P.E., F.ASCE, Secretary of the Washington State Department of Transportation. Other panels included discussions on the current state of Puerto Rico’s infrastructure following Hurricane Maria, transportation improvements in the Washington, DC metropolitan area including construction of the Hyperloop, and how we can adapt our infrastructure to accommodate autonomous vehicles.

Watch all of the panels from The Atlantic’s Summit on Infrastructure and Transportation here.