This Week in Infrastructure: All the Reasons to Fix the Trust Fund

December 12, 2014 By: America's Infrastructure Report Card
Back to News 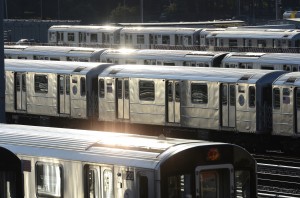 Reports on transportation investment and its overall benefits to the economy provide incentive for Congress to #FixTheTrustFund as state lawmakers make their own push for infrastructure investment.

On Tuesday, the American Association of State Highway and Transportation Officials (AASHTO) and the American Public Transportation Association (APTA) released the 2015 Bottom Line Report, which thoroughly evaluated our nation’s transportation investment needs in relation to our overall economy. According to the report, an estimated $163 billion annually over a six-year period is needed to fix our aging surface transportation. Currently only $83 billion is invested in roads and bridges and only $17.2 billion is invested in public transit. These dramatic investment discrepancies underscore the need for immediate action.

A recent article in online publication, Mobility Lab, indicated that aging infrastructure also impacts the real-estate market, as road and transit conditions affect where renters and homeowners choose to live.

Due to Congress’ lack of progress in fixing the Highway Trust Fund, several states are addressing their infrastructure needs by considering gas tax increases. NPR cited a growing number of Republicans across the country who are realizing that raising the gas tax may be the key to funding infrastructure. In Michigan, Gov. Rick Snyder is calling on lawmakers to double Michigan’s gas tax over time to raise more than $1 billion. Gas tax increases are also on the table for states like Georgia, New Jersey, Utah, South Carolina and South Dakota. With gas prices are at their lowest level in four years, states are motivated to seize this opportunity to raise money while they can.

Though action on the state level to increase infrastructure funds is encouraging, the best thing for our nation and our economy is to fix the Highway Trust Fund and increase the national gas tax to match inflation. To learn more about what’s happening in your state and our country, download our newly updated 2013 Infrastructure Report Card app for your Android/iOS Tablet. A smart phone version will be available soon.