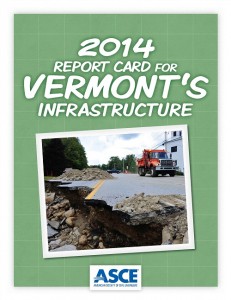 Led by Amanda Hanaway-Corrente, P.E. who chaired the effort and Vermont Section President-Elect Jessica Clark Louisos, P.E., the Report Card was released at a luncheon in Montpelier, which included a keynote from Sue Minter, deputy secretary at the Vermont Agency of Transportation (VTRANS) and David Mears, commissioner of the Department of Environmental Conservation.

“Vermont is poised to grow our economy as we continue to make investments into our infrastructure. The transportation funding that was signed into law in June is one example of how the state continues to focus on innovation and jobs,” said Minter.

Media coverage of the event included the Burlington Free Press and WCAX. 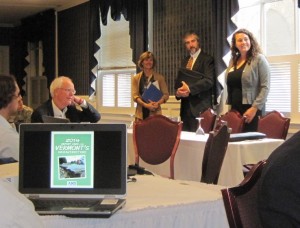 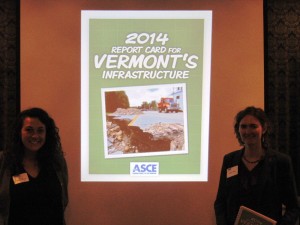